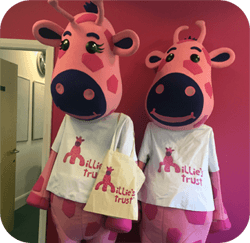 Millies Mark Paediatric First Aid Standard – A new initiative to help improve paediatric first aid training in early years settings has been launched by Education and Childcare Minister Sam Gyimah, in memory of a 9-month-old girl who tragically died in 2012.

Millie Thompson passed away after choking on her lunch while at nursery in Stockport.

Since her death, Millie’s parents Joanne and Dan have campaigned for a new ‘gold standard’ certificate to be created in recognition of early years childcare providers that train all their staff in paediatric first aid, going above and beyond the minimum legal requirements.

Under current legislation pre-schools and nurseries in England are only required to have one fully qualified paediatric first aider available on the premises whilst children are present. However, in an unprecedented review of the standards, this year we will see the regulations finally amended.

Millies Mark Under the new regulations which are due to be included in the Early Years Foundation Stage (EYFS) guidance from 1st September 2016, all newly qualified staff possessing a Level 2 or 3 childcare qualification must also hold an emergency paediatric first aid or a full paediatric first aid certificate in order to be included in the required staff to child ratios in an early years setting. Dan and Joanne Thompson of Millie’s Trust have been campaigning for the change since the tragic death of their daughter Millie Thompson, who passed away in a choking incident whilst at nursery in 2012.

Their heart-felt campaign rapidly gained public support, with over 103,000 people signing their e-petition! In addition, soon early years care providers in England who have 100% of their staff trained in paediatric first aid will be able to apply for Millies Mark, a brand new kitemark style scheme that is set to be a sign of exceptional paediatric first aid cover. Developed in conjunction with the Department for Education (DfE) and the National Day Nurseries Association (NDNA), Millies Mark will help to give parents assurance that every staff member that cares for their child is trained in vital paediatric life-saving skills.

These two new changes are set to add an additional 15,000 paediatric first aiders to pre-schools and nurseries each year, a fantastic outcome that is sure to improve the standard of child care.

Millies Mark Paediatric First Aid Standard across the UK – With a select number of nurseries currently piloting the new Millies Mark, be sure to keep your eyes peeled for further announcements about the new scheme and how early years providers can apply to receive Millie’s Mark!

Paediatric First Aid Training 2 Day – who will benefit from this training: