Any time you step out onto the field of play, whatever the sport or exercise and regardless of location, you always run the risk of some sort of injury. However remote that possibility is at any given moment, that repeated wear and tear on your body eventually adds up, leading to excessive stress on the muscles and joints that lead to injury.

How Injuries can affect athletes later on in life – Whether you play an impact sport such as football or engage in individual competition such as gymnastics, the demands on athletics can increase the likelihood you will experience an injury. Unfortunately, some injuries can have long-term implications that extend for years after your injury has healed. If you experience an injury, always talk to your physician about long-term implications and treatment options.

A concussion is a traumatic brain injury that occurs when a hit to the head causes your brain to slam against your skull. This can be a common injury in athletes who engage in contact sports such as football, hockey or boxing. According to a study published in the January 2009 issue of the medical journal “Brain,” athletes who sustained one or more concussions during their athletic careers were more likely to experience a decline in physical and mental performance 30 years later in life compared to those who did not experience a concussion. The study tested the cognitive, neurological and physical performance of 19 former athletes with a history of concussion and 21 athletes with no concussion history. The researchers theorized that a concussion can damage the memory and attention portions of the brain.

Torn cartilage or ligaments on the playing field can increase the likelihood an athlete may experience arthritis later on in life, according to the National Centre for Sports Safety. Arthritis occurs when the protective cartilage that cushions your bones wears down, causing the bones to rub against each other. The result is pain, swelling and difficulty moving your joints. Stress from injuries such as a torn anterior cruciate ligament can lead to the earlier onset of arthritis. If you do experience an injury of this nature, avoiding strenuous activity until the problem is corrected and healed can reduce arthritis risk.

Child athletes have bones that are still growing and forming. If an injury is sustained to a child’s bony growth plate (the area where new bone cells grow) the child may experience a bone deformity because the bone can no longer grow properly, according to the “European Journal of Pediatrics.” In addition to slowed growth, an improperly healed bone may take on a crooked appearance or have a visible extra notch of bone. Broken fingers not properly set may result in these bone-deformity types.

How Injuries can affect athletes later on in life – common injuries:

When the tendon at the back of the ankle (the Achilles tendon) is overused, inflammation and pain can occur, which is known as acute Achilles tendinitis. If this injury is left untreated, it can become chronic and the injury can worsen until it becomes impossible to run. Achilles tendinitis is most common among runners and athletes who participate in sports that involve running or jumping.

A concussion is an injury to the brain that is usually the result of a blow to the head. Symptoms include disorientation, vision disturbance, headache, dizziness, amnesia, loss of balance, difficulty concentrating, and nausea. A concussion does not necessarily involve a loss of consciousness. Concussions are most common in contact sports, such as football, boxing, hockey, and soccer. However, they also occur in sports like skiing and gymnastics. While most people return to normal a few weeks or months after a concussion, multiple concussions can cause permanent damage.

A strained groin or adductor muscles (the fan-like muscles situated in the upper thigh that serve to pull the legs together) usually happens when you suddenly change directions while running, such as in soccer, hockey, basketball, racket sports, football, and volleyball. Symptoms include sharp pain, swelling and sometimes even bruising on the inside of the thigh.

Shin splints refer to pain on the inner side of the shinbone caused by inflammation of the muscles that surround it. They often affect people who aren’t used to exercising; they can be caused by increasing the intensity of your workout too fast, wearing worn-out shoes or by jumping or running on hard ground.

Although lower-back pain is much less common among athletes than among sedentary and overweight people, it can affect runners, cyclists, golfers, tennis, and baseball players. While there are many types of lower-back pain (bulging discs, back spasms, and pain reaching down the leg from the lower back, known as sciatica)  the most common reason for sports-related back pain is simply improper stretching. In the case of runners, having even the slightest discrepancy in leg length can cause back pain.

Not warming up properly, fatigue, lack of flexibility, and weakness can cause all types of athletes to pull a muscle. The most commonly pulled muscles are hamstrings (especially in sports involving running, such as jogging, basketball and soccer) and calves (particularly in older tennis players). The hamstrings are the muscles behind your thighs; pulling them is painful and can even cause bruising. While these are the most common, you can pull many different muscles depending on the sport you are performing.

Elbow injuries account for 7% of all sports injuries. Tennis elbow consists of tendon degeneration in the elbow due to repeated backhand strokes in tennis. It causes pain on the outside of the elbow. Golf elbow, on the other hand, usually affects the inside of the elbow, although it can sometimes attack the outside. The pain experienced is a result of an inflammation of the epicondyle, the area on the inside of the elbow where the forearm-flexing muscles attach to the upper arm.

Ankle sprains are very common among soccer, hockey, basketball, and volleyball players. They are almost inevitable in sports that involve jumping, running and turning quickly; these movements can lead to twisting the ankle and even possibly tearing a tendon or ligament. An X-ray can rule out the possibility of a fracture.

About 20% of sports injuries involve the shoulder, including dislocations, sprains and strains. Shoulder injuries are most common in tennis, swimming, weightlifting, baseball, and volleyball, basically any sport that involves a lot of overhead movement. These problems are generally due to overuse, which loosens the rotator cuff, the group of tendons and muscles that surround the shoulder. Symptoms include pain, stiffness, and weakness and slipping in the shoulder.

Knee injuries comprise about 55% of all sports injuries and approximately one-fourth of all problems treated by orthopedic surgeons. Although torn ligaments and cartilage are the most common injuries, many knee problems are grouped into the category of “runner’s knee,” which includes a variety of aches and pains related to the kneecap. Runners are not the only victims of such injuries; they also strike cyclists, swimmers, people who practice step aerobics, and football, basketball, and volleyball players. Runner’s knee occurs when overuse leads to irritation of the tendon below the kneecap or when the region underneath the kneecap is worn or afflicted with arthritis.

Considerations on how Injuries can affect athletes later on in life

When it comes to athletes and injury, carefully following a doctor’s orders for recovery can be vital to reducing the risk for future complications. For example, a child who experiences a concussion should rest from physical activity and go on “brain rest” to allow the brain sufficient time to heal. This involves taking a break from activities that require concentration, such as studying, reading or watching the news. With less brain activity, your brain has time to heal. While each injury can leave its unique scars, treating injuries to their fullest recovery can minimize harmful long-term outcomes.

5.0
10
How Injuries can affect athletes later on in life was last modified: November 29th, 2014 by Mark Cody 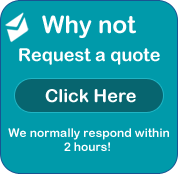