Captain Noel Chavasse was born in Oxford and packed a lot into a life which ended, at the age of 32, in a captured German dugout during the Battle of Passchendaele, also known as the Third Battle of Ypres. 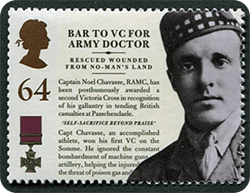 He was a prize-winning academic, qualified as a doctor, played rugby and represented Great Britain in the 1908 Olympics, running alongside his twin brother, Christopher, in the 400m.

The recipient of this exceptional double honour was not even a frontline soldier:

Captain Noel Chavasse, a bishop’s son, was a medical officer attending first aid duties in the trenches. But this did not stop him from being responsible for some of the bravest and most unselfish acts of the entire conflict.

Noel Chavasse, the younger of identical twin boys and one of seven children, was born in the vicarage at St Peter-le-Bailey, Oxford, on November 9, 1884. When his father became Bishop of Liverpool in 1900, Chavasse was educated at Liverpool College School, and in 1907 he graduated with a first in philosophy from Trinity College, Oxford.

After qualifying as a doctor in 1912, Noel Chavasse became house physician at the Royal Southern Hospital, Liverpool, and the following year he was appointed house surgeon at the same hospital.

On the outbreak of the First World War Chavasse marched off to serve in France. He was transferred to the Western Front in November 1914 where he was attached to the Liverpool Scottish Regiment. In the first few months Chavasse was kept busy dealing with trench foot, a condition caused by standing for long periods in mud and water. His duty was not a frontline soldier but he served as a medical officer. 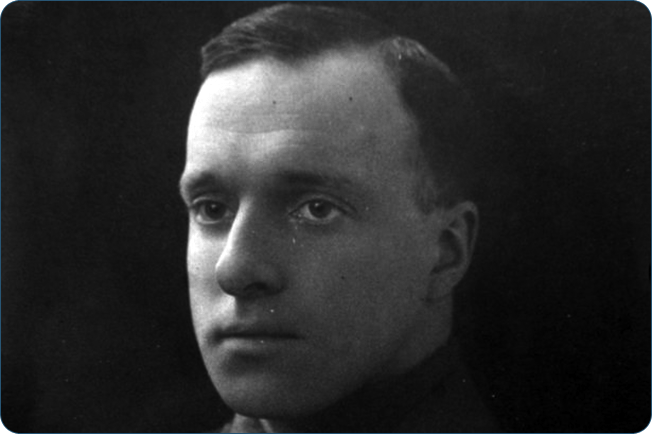 In March 1915 the regiment took part in the offensive at Ypres, where poison gas was used for the first time. By June 1915 only 142 men out of the 829 men who arrived with Chavasse remained on active duty. The rest had been killed or badly wounded.

Chavasse was promoted to Captain in August 1915 and six months later was awarded the Military Cross for his actions at the Battle of Hooge. In April 1916 he was granted three days leave to receive his award from King George V.

On July 27, 1916, the battalion was moved to trenches in front of Guillemont, on the Somme. Despite being unable to resist the enemy positions, the men were still ordered to attack at 4.20am on August 9. Chavasse attended to the wounded all day under heavy fire, frequently in view of the enemy, while during the night he searched for injured men directly in front of enemy lines.

Of the 620 men who took part in the offensive, 106 of the men were killed and 174 were wounded. This included Chavasse who was hit by shell splinters while rescuing men in ‘no mans land’.

For his continued devotion to go out into ‘no mans Land’ he was awarded the Military Cross for his heroic efforts and, shortly afterwards, he asked one of his sisters to buy 1,000 pairs of socks and other comforts out of his own money for the battalion. 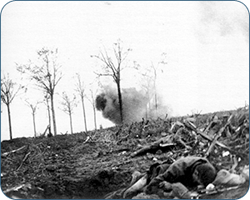 On July 27, 1916, the battalion was moved to trenches in front of Guillemont, on the Somme. Despite being unable to resist the enemy positions, the men were still ordered to attack at 4.20am on August 9. Helped by 20 volunteers, he rescued three more wounded men from a shell-hole just 25 yards from the enemy trenches.

He also buried the bodies of two officers and collected numerous identity discs from dead soldiers. It was estimated that during those two days Chavasse saved the lives of 20 seriously wounded men as well as treating the countless “ordinary” cases that passed through his hands.

Chavasse attended to the wounded all day under heavy fire, frequently in view of the enemy, while during the night he searched for injured men directly in front of enemy lines. It was during this period Noel performed the deeds that gained him his second Victoria Cross.

By the summer of 1917, the battalion had moved to trenches near Wieltje, north-east of Ypres.

On the first evening of the battle, Chavasse was wounded in the skull. He had his injury bandaged but refused to be evacuated. Time and again, under heavy fire and in appalling weather, he went into no man’s land to search for and attend to the wounded. With virtually no food, in great pain and desperately weary, he undoubtedly saved numerous lives until, early on August 2, he was finally taking a rest at his first aid post when it was struck by a shell. 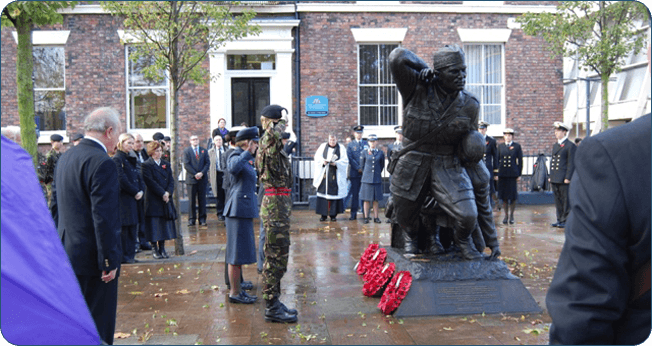 The memorial to Noel Chavasse stands in Abercromby Square, the family home when his father was the Bishop of Liverpool

A short history of his Life
http://chavasse.info/personal-life/